Statutory Contribution in the Era of Several Liability 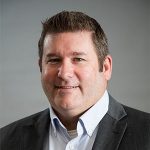 The Legislature’s abolition of joint and several liability for fault-based actions has been one of the most significant “tort reform” measures in Oklahoma.1 Prior to the 2011 amendment of Title 23, Section 15, a tortfeasor remained jointly and severally liable for all damages caused by multiple tortfeasors where the plaintiff was fault-free, the tortfeasor’s percentage of fault exceeded 50 percent, the tortfeasor was guilty of reckless or willful and wanton misconduct or the plaintiff sued on the state’s behalf.2 The 2011 amendment3 makes at-fault tortfeasors liable for the amount of harm they cause, and only that amount, regardless of the fault of others. Gone are the days where a negligent tortfeasor can be forced to pay for the damages caused by another whose concurrent negligence also harmed the victim.4

THE HISTORY OF JOINT AND SEVERAL LIABILITY AND CONTRIBUTION IN OKLAHOMA
At common law, if the negligence of concurrent tortfeasors caused a “single and indivisible injury,” each was said to be “jointly and severally liable,” i.e., individually liable for the total amount of damages, regardless of percentage of fault.5 To make matters worse for tortfeasors, there existed no right of contribution among them to share the loss in the event of payment.6 This seemingly harsh rule was mitigated by the doctrine of contributory negligence, which allowed tortfeasors to evade liability altogether by proving that the plaintiff was also negligent, even if only slightly.7

Even after Laubach’s abolition of joint and several liability and its pronouncement that “there will be no need for added litigation by defendants seeking contribution,”10 the Legislature enacted Title 12, Section 832, which provides that “[w]hen two or more persons become jointly or severally liable in tort for the same injury … there is a right of contribution among them,” and that the right of contribution exists for a tortfeasor “who was paid more than [its] pro rata share of the common liability,” with recovery being limited to the amount in excess of that pro rata share.11

Despite these vagaries, the statutory provisions granting the right of contribution have remained unaltered. The question is whether those changes affect the viability of contribution as a remedy despite the statute remaining on the books. There are valid arguments for and against the continued recognition of contribution, but the balance favors survival.

THE ARGUMENT AGAINST CONTRIBUTION
The argument against the viability of contribution is simple and grounded in the principles of several liability. Section 832 provides for contribution, but only to the extent a tortfeasor pays more than its pro rata share of the common liability. In this context, “pro rata” is interpreted to mean “proportionate, as based on one’s degree of fault.”13 Under several liability, a tortfeasor is liable “only for the amount of damages allocated to that tortfeasor,” i.e., the liability is defined by the tortfeasor’s proportion of comparative fault.14 If a tortfeasor’s liability is limited to its percentage of fault, it will never be compelled to pay more than its pro rata share. Thus, the statutory basis for contribution would be absent. Some unreported Oklahoma federal court decisions and appellate cases from other states have adopted this rationale to hold that contribution is not available to a tortfeasor who is not jointly and severally liable with another tortfeasor for the same injury.15

THE BASES FOR CONTINUED RECOGNITION OF CONTRIBUTION
The arguments in favor of contribution are based in statutory interpretation and the lingering potential for joint and several liability in limited situations.

There is no indication the Legislature intended to repeal the contribution statute through its amendment of Section 15.19 Courts avoid finding repeal by implication unless irreconcilable conflicts exist.20 Repeal is usually recognized only by express terms. The Legislature chose to leave Section 832 alone during the two decades following Boyles and its codification of several liability in 2004. Section 832 remains unaltered even though the comparative fault and several liability statutes have changed multiple times.

Joint and Several Liability Still Exists in Some Instances

Assuming that joint and several liability is a prerequisite to contribution, there remain circumstances where the common law rule might still apply. Section 832 applies where persons are “liable in tort.” The statute does not use the terms “negligence” or “fault.” While negligence may be at the forefront of tort law, there are many varieties of torts, e.g., battery, intentional infliction of emotional distress, trespass, conversion and so on. A “tort” is simply a civil wrong, outside of contract, for which the court will provide a damages remedy.25 Oklahoma recognizes that a product manufacturer may be held strictly liable for damages caused by its defective product. A manufacturer whose defective product causes harm may be liable under tort law.26

Courts construing Section 832 have held that contribution is not limited to negligent tortfeasors.27 Rather, all that is required is liability in tort. The 10th Circuit Court of Appeals has held that a product manufacturer, found to be strictly liable in tort, falls within the ambit of Section 832 for purposes of assessing contribution.28 Courts in other states have likewise recognized that a strictly liable tortfeasor may be entitled to contribution from a negligent one.29

While Section 832 applies to the broad spectrum of torts, Section 15 is specifically limited to actions “based on fault and not arising out of contract.” Any action not based on fault would presumably fall outside the statute’s reach. The question, then, is whether a product liability action is based on “fault” for purposes of Section 15’s abrogation of joint and several liability. “Fault” certainly encompasses negligence. Even the note to the OUJI “white” verdict form assumes that Section 15’s reference to a defendant’s allocation of damages is the equivalent of the percentage of negligence assigned to that defendant. However, given the 2011 amendment, “fault” may also include conduct that is reckless or willful and wanton.30 Although the boundaries of “fault” may ebb and flow depending on the circumstances, it does not encompass strict liability, which means liability without fault.31 Manufacturer’s product liability is a “no-fault tort concept,”٣٢ to which comparative negligence principles do not apply.33

Given that strict product liability likely falls outside Section 15, a product manufacturer may still be subject to the rule of joint and several liability. The Oklahoma Supreme Court has recognized that a defective product may combine with a third party’s active negligence to produce a single, indivisible injury. Under these circumstances, the manufacturer and third party are “concurrent tortfeasors,” and the manufacturer is jointly and severally liable for the entire damages.34 Because joint and several liability still exists against a product manufacturer, policy reasons still exist to recognize a right of contribution in that circumstance.35

Section 15 also specifically excludes actions made by or on behalf of the state. This exception shows legislative intent to place the risk of an insolvent tortfeasor on the defendants rather than the state. Where the state or one of its political subdivisions is the party injured by the negligence of multiple persons, the common law rule of joint and several liability still applies. Those tortfeasors have the potential right of contribution among them to spread the loss.

A Tortfeasor May Still Pay More Than Its Pro Rata Share

A tortfeasor may still be able to satisfy Section 832’s prerequisites for contribution. Under the current version of Section 15, a negligent tortfeasor may not be compelled by law to pay more than its proportionate share of the damages. However, that does not mean overpayment is impossible.

There are many reasons why a tortfeasor may pay more than its pro rata share to settle a case even under a several liability scheme. The defendant may seek to avoid bad publicity. Ongoing litigation expense may outweigh the overall settlement cost. The suit may just be a nuisance. Section 832 allows a tortfeasor to consider these costs and settle in order to “buy its peace.”38 The 2011 amendment to Section 15 does not change these considerations. Settlement with the injured party is one of the UCATA’s principle objectives. Recognition of settlement-based contribution furthers the goal of making injured parties whole without unnecessary delay. It also allows the at-fault parties to allocate the loss among them without involving the injured party. There is no reason to believe the Legislature intended to cast aside these public policy goals.

Overpayment after judgment is also possible because a judgment against a single defendant may not apportion fault among all responsible parties. For example, where a fault-free plaintiff sues a single defendant, a jury cannot permissibly apportion fault without a ghost tortfeasor on the verdict form.39 Comparative fault only applies where the negligence of multiple parties is at issue. If there remains a tortfeasor whose identity or role is unknown at the time of trial, the jury will simply be asked to find whether the sole defendant was negligent and determine the amount of damages caused by that conduct. The same result would be obtained if the defendant chooses to go head-to-head with the plaintiff instead of naming a ghost tortfeasor. No recognized rule in Oklahoma requires absent tortfeasors be listed on the verdict form in order for the defendant to later seek contribution for the loss. In such cases, the defendant would be forced to pay the entire damage award even though there remains another tortfeasor who shares a common liability. In other words, the defendant would pay more than its pro rata share thereby allowing it the right of contribution. Recognition of contribution in this context furthers the UCATA’s equitable goals.

The 2011 amendment to Title 23, Section 15 will continue to have broad and profound consequences for tort plaintiffs and defendants alike. Overpayment and contribution are less likely to occur under several liability, but it may be too soon to proclaim the downfall of statutory contribution.

ABOUT THE AUTHOR
Randall Long is a partner with Rhodes Hieronymus, where he represents clients in civil litigation, insurance disputes and presuit investigations. He is a graduate of the TU College of Law, a member of the Oklahoma Association of Defense Counsel and a member of the OBA Bench and Bar Committee.