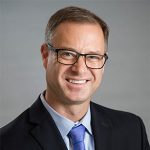 Colin Tucker is a partner in Rhodes Hieronymus practicing in trial and appellate courts.

Colin earned his Bachelor of Arts from Dartmouth College in 1994 and a Juris Doctor from Columbia University in 1994, where he was Articles Editor of the Columbia Journal of Law & The Arts. He served as judicial law clerk to the Honorable James O. Ellison and the Honorable Sven Erik Holmes of the United States District Court for the Northern District of Oklahoma. He is a Past President of the Federal Bar Association Chapter for the Northern and Eastern Districts of Oklahoma. Colin has served on the Tulsa County Bar Association Board of Directors, as Editor of The Tulsa Lawyer, and was named its Outstanding Young Lawyer. He is also a member of the Oklahoma and American Bar Associations and the Bar Associations of the Cherokee Nation and the Choctaw Nation. He completed mediation training with the Oklahoma Mediation Institute in Civil, Commercial and Employment Mediation and qualified as a mediator for the City of Tulsa’s Project Early Settlement. Colin served a six-year term as a member of the board of Tulsa Zoo Friends, is a Trustee of the Carver Middle School Foundation, a Board Member of Tulsa Data Science, and serves on the Alumni Council of Dartmouth College.