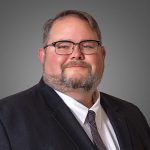 Eric Clark earned his bachelor’s degree from the University of Oklahoma in 1997 and his law degree from Texas Wesleyan School of Law (now Texas A&M Law School) in 2008, where he contributed to the Law Review as the Business and Marketing Editor.